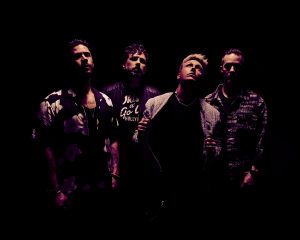 We’ve been waiting for 2 years and 10 months…now it’s finally here: The seventh, phenomenal new album by PAPA ROACH! Purposeful, provocative, and just the right side of the line between confident and cocky, PAPA ROACH show themselves in their boldest and most impressive form with the 14 tracks on „Ego Trip“.

“Throughout my life I’ve embarked on this constant journey to unravel this…thing,” begins Jacoby Shadixx on the inspiration behind „Ego Trip“. “This eternal paradigm; this struggle between the light and the dark. I see it alive in the world and it’s something I’m constantly trying to find balance in with regards to my own life. Who is at the wheel of my ego? Is it the high-frequency version of myself, the one who is more spiritual and self-aware, or is it the low-frequency version who can be selfish, self-centered and self-seeking? Throughout the process of making this record, we had some really profound conversations about life, who is at the helm of our egos and what it is that drives and motivates us.”

The already released single „Kill The Noise“ held pole position in the mainstream rock charts for over a month. The current radio single „Cut The Line“ turns out to be a bit heavier in comparison to this one, but it definitely doesn’t lose its catchiness.„One way or another, they definitely managed to create a strong song here“ says Morecore…and we couldn’t agree more with that! 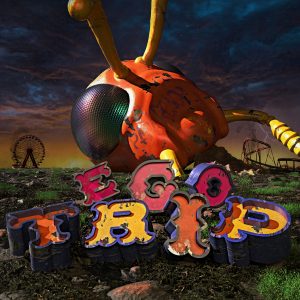